We are on the verge of the final series, and I thought it best to provide an update on the projected finals that would be held for each division, and also acknowledge our Referees for all they do for us.

The Grand Final day will be held on Sunday 7 March, with the Plate Grand Finals being held from 9am, and Champions Grand Finals from 10am - 1pm. We have a lot planned for this day (weather pending), with a free barbeque for all our members, jumping castle for the kids, and we will also set up a live stream of the Div 1 Mixed, Div2 Men’s and Div 1 Men’s Grand Finals. We will also be introducing some new sponsors to our competitions, who will be down at the grounds…more to follow on that!

Please download the PDF file which shows the format for the respective divisions. Each division has separate considerations due to the number of teams in that division. Obviously, wet weather or unforeseen ground availability could change things, but this is the current plan for the finals.

All Mixed divisions will have a Champions Finals (Top 4), and Plate Finals (teams 5 – 8)

We have a mandatory date of the Grand Final being played on Sunday 7 March. Should any of the finals be abandoned due to weather, the highest placed teams over the regular season will progress to the next round of the finals. At this time of year we simply can’t make up weeks due to ground availability. Obviously we hope to get all games played. Please see the attached file with all the respective details to your competitions final series, and the notes regarding any changes that may occur due to field availability.

The invitation is open to everyone to attend the Grand Final on Sunday 7 March, not just those competing on this day. We hope to create a real carnival atmosphere down at Timbrell Park to celebrate the season that was. 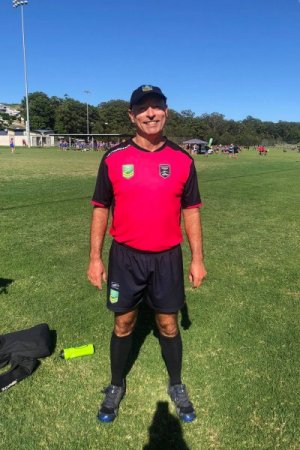 It is no secret that we can’t play this sport we love without our referees. To say thank you, the last round of the competition will be dedicated to our Men and Women with the whistles in their hand. As a sign of acknowledgement, we are asking everyone to wear your loudest / craziest socks or shorts to the last game of the regular season. A small gesture just to say “Thank you” to all our referees.
Additionally, Balmain Touch will be putting on a BBQ for all our members, to both share a thank you with a referee, and also say thank you to all that have joined us this season.

Referee Appreciation Day will be on the following days: