In the Mixed Division 1 both Grand Finalists had convincing wins the week before in their elimination semi-finals with D-Force proving too good for Young Guns, and TNG 2.0 the winners against Leebryce Lizards.

In what proved to be a very fast and tight grand final, D-Force emerged victors against the young Balmain juniors, TNG 2.0, 9-8. 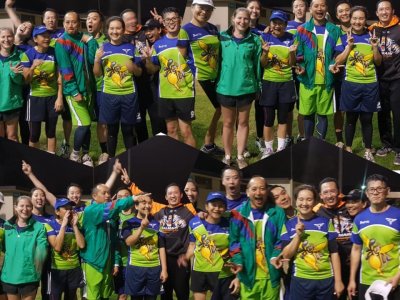 In the Mixed Division 1 Consolation, long term finalists Fireflies just pipped the galant Touchy Feelies. It was an exciting finish, with the game going down to a 3-3 drop-off, with Fireflies scoring the winning try after Akapon Sae-Lieo stepping his way over the try-line. Score 8-7.

In Mixed Division 2 we tried something different in the Competition and we were lucky to have a couple of all-Women's sides compete against the Mixed sides. The Grand Final proved vindication for the modification of entry requirements with BTW (one of the all female sides) emerging comprehensive victors against Come on Ref in a high quality game. Score 6-3. 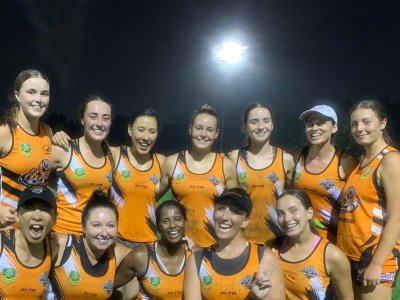 Mens' Division 1 Grand Final between The Vic and Ignition was a fast and entertaining game. The at times fiery encounter is the subject of judicial determinations yet to be completed but soon to be announced. The Vic got off to a lightning start putting on 3 tries very quickly. It was always going to be tough for Ignition after that! With the help of some sin bins by The Vic players, there was a brief rally by Ignition but it wasn't enough with The Vic eventual winners, up by 2.

Mens Division 2 was a tight game between 'No Rucks Given' and 'The Cougars'. Both teams with many long term Balmain players and several 'younger' but also long term Balmain players. No Rucks Given competed with the same 9-10 players they have had for years week in week out. 'The Cougars' also had several players who have been playing at Balmain for a 'LONG' time and had also added some young players. The game proved to be a close hard fought encounter. Final result was subject to a protest which was upheld. Winners 'No Rucks Given"